The press clips below goes back to 1992 but with recent trends, a lot of the press has become web based so for more recent information please look as our Tripadvisor and Facebook pages. 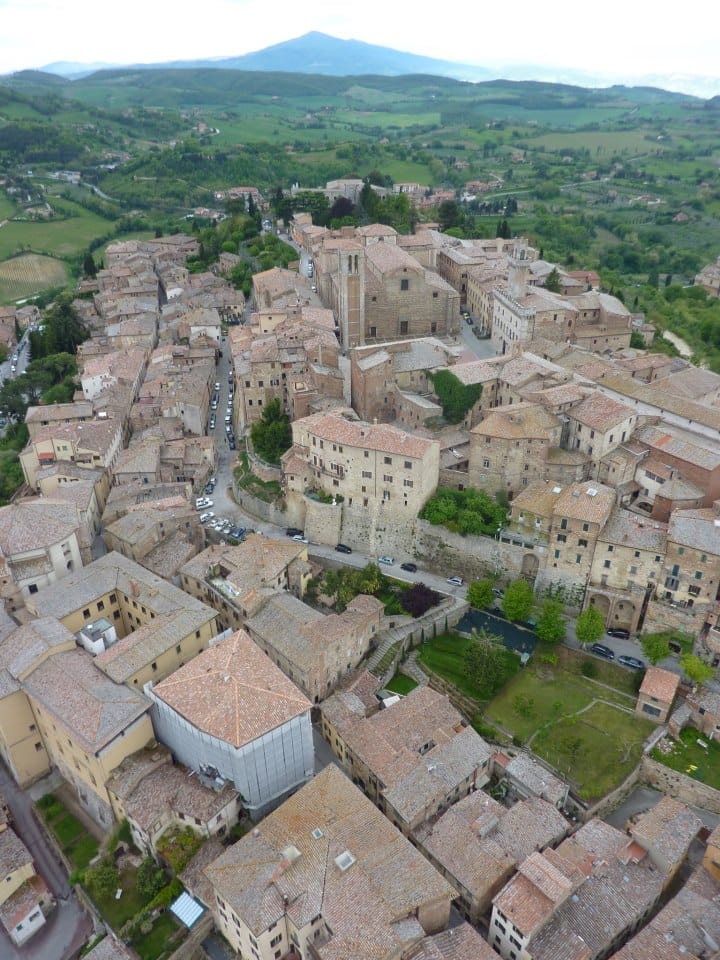 “Seen from a half mile up, as the pink dawn light turns to gold, my native Tuscany appears in a whole new way,” says sound engineer Sergio Luzzi of his recent balloon flight near Siena. “You start making connections–how the Roman road system still shapes modern roads, how two villages very distant in your mind are actually quite close. And everything happens so slowly. It’s quite magical.” The best pilot is Robert Etherington (www.chiantiballooning.com), a Briton who has toured Tuscany by balloon for 15 years.

Robert Etherington’s Champagne Lunch. The other memorable meal was was a champagne brunch on a hilltop overlooking the Chianti in Tuscany. We had just landed from an hour-and-a-half balloon flight. The chase car drove right up to the basket. It wasn’t anything fancy…The local cheap wine was a Chianti that was just right with the cheese. The canary melon in the fruit platter was sweet beyond description. The most memorable thing was not from extravagant food, but from the whole ambience of sitting on a hillside beside the tall cedars and an old ruin, and looking over the Tuscan hills.

South of Siena is the Locanda della Moscadella, a former farm with a pool, a restaurant, a wine bar and doubles from £65. Based nearby is Ballooning in Tuscany which can whisk you on an unforgettable ride, over the iconic countryside—morning ascents cost £140 pp, including champagne breakfast. The company can also arrange riding or a self-guided walking tour, while Montepulciano, Siena, Cortona and Arezzo are an easy drive away.

The Times (London)
June 21, 1996, HOW A PERFECT MEMORY CAME DRIFTING INTO VIEW

Robert Etherington, a 50-year-old former viola player from Dorset has bought a delightful corner of a tumbledown old house…At least three times a week his hot-air balloon lifts off from a field just outside the village and drifts across the hills and valleys at the whim of the winds…and what began simply as an enviable way to live could become a substantial business enterprise.

As you glide over the strange, bumpy surface of the Crete, prepare for wonderful surprises–an isolated farmhouse atop a rocky ridge; deer or wild boar in a clearing, or a flock of grazing sheep; low hills with exposed limestone on one flank, woods on the other, spilling down to a perfect little lake into which the sky has poured its blue. Soar to 3,000 feet for an eagle’s-eye view of medieval urban planning, snatch a souvenir as you sail through the treetops, or skim a field of golden sunflowers just inches above their nodding heads. Outside Montepulciano’s walls, dip down for a visit with a farmer as you hover over a vineyard dripping with fruits fated to become the elegant Vino Nobile. Back on the ground, hoist a glass of champagne in the traditional ‘Survivors’ Toast’.

Frommer’s Tuscany & Umbria (US)
1998, THE BEST OFFBEAT SIGHTS AND EXPERIENCES

A Balloon Ride over Tuscany: What better way to see Europe’s most famous countryside than a lazy float over the olive- and vine-covered hillsides in a hot air balloon? Many outfits offer this indulgent pastime; one to try is Champagne Flights over Tuscany.

Ballooning in Tuscany is an unusual business owned and operated by Robert and Liz Etherington, British expatriots who settled here four years ago…From my first glimpse of the Tuscan countryside, on the train from Rome to Florence, with its vineyard-laced, sepia-toned, lavender-scented landscape, I was smitten. Yet, to see it from the basket of a hot-air balloon at 3,500 feet is to take a giant-sized dose of Tuscany’s color, history, and charm. To have it spread out all around you until the Earth curves away from view is to experience this magical place in a new and very unusual way.

You realize that we’re a mile up in the air in a picnic basket, suspended by a school chemistry set,’ Leslie wickedly pointed out as we sailed above the Tuscan landscape. Robert Etherington, our British pilot, busily adjusted what did look alarmingly like Bunsen burners; he also kept spitting over the side of the basket to check the wind direction. We followed suit, aiming at the flocks of sheep that scattered at our approach. Drifting south, we swooped over oak forests and dipped into backyards where Leslie snatched pinecones and acorns from treetops. In every direction, dark, dramatic Italian cypresses punctuated the landscape like exclamation points (‘Look at me! Look at me!’, Leslie yelled in her best cypress impersonation.), alongside medieval castles and Renaissance palaces now occupied by wealthy expatriates and wine makers.

A more original, if fleeting, view of Tuscany can be had on one of Robert Etherington’s balloon rides, which set off from various sites around Siena. Sometimes the wind takes the balloon over the hills of Chianti but more often he and his clients are to be seen, in the early-morning light, drifting over the vast expanse of the Crete Senesi, the hilly landscape which unfolds to the south of Siena.

There are many ways to see Tuscany; one of the most unusual is from a balloon. Now Robert Etherington brings his ballooning experience in England to Piero della Francesca country…Modern technology has given balloonists better suited materials and more safety, as they can control their ascent by blowing in hot air and their descent by letting in a little extra cold air, but they still cannot control the itinerary which is left almost entirely to the whims of winds and air currents–although an expert pilot’s wind knowledge and experience is essential for catching the right currents at the right time. However the beauty of the countryside is such that it is impossible to take a wrong route.”

Then the burners are turned on sending a dragon’s breath jet of flame lancing into the balloon. It’s a manoeuver that brings a new meaning to roaring inflation.. Surprisingly, it is not at all scary. The edge of the wicker basket comes up to my chest. I look down at my feet and notice a box on the floor. Inside is our breakfast: a hunk of salami, a slab of pecorino cheese, and a bottle of chianti. Perfect. Ballooning in Tuscany, I decide, is like going to heaven in a picnic hamper. With his John Lennon spectacles and ill-fitting flying jacket Robert has the slightly manic air of a 1930s aviator; but he is a brilliant pilot, calm, cool and always in control. He can land a balloon with pin-point accuracy, or sail so close to the edge of a wood that you can pick leaves from the treetops. 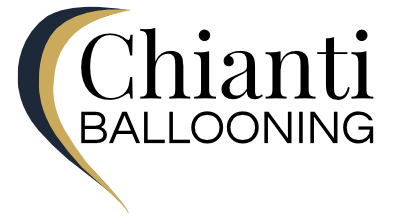